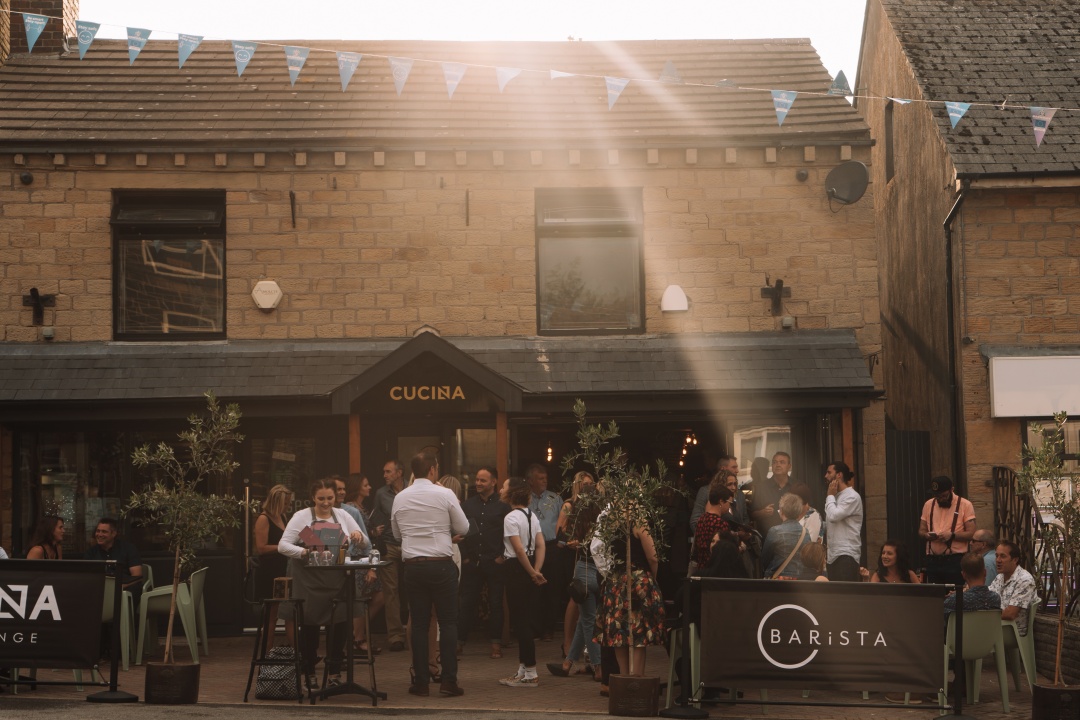 What do you do when your back’s against the wall?

You come out fighting. Or at least that’s the philosophy espoused by entrepreneur Matt Crisp, owner of a growing number of wine bars and cafes around the Barnsley area of South Yorkshire.

We’ve been hugely privileged to work alongside Matt and his enormously-talented venue Operations Manager, Karen Close, as they’ve rushed against the tide of COVID-19 hospitality closures, to seize the unprecedented opportunity they feel certain is about to land in their laps.

The pair worked together to launch the city’s Barista café last summer, just when other hospitality outlets were buckling under the weight of successive lockdowns, and following an extensive refurbishment by Matt, who is also a builder and property developer.

“We started out at the end of the last lockdown, opening in August 2020,” explained Karen.

“While everybody else was licking their wounds and closing businesses left, right and centre, we set out on a mission to open Barista.

“I think a lot of that came from, I guess, a determination to make people smile, but we also predicted a situation where, the minute the doors were allowed to open, people would want to be out socialising again.”

And Karen could very well be right, with widespread predictions of pent-up consumer demand leading to a dramatic resurgence in sales for venues just like Barista.

Like other hospitality venues, they were serving people outside since the first stage of the Government’s latest lockdown easing roadmap kicked in back in April. Now, they’re among those opening their doors for inside service again, as the country enters the next stage of rules relaxation and hospitality outlets can open fully again, albeit with COVID-secure measures in place.

“I couldn’t wait!” added Karen, “It’s been quite difficult because, although we had people visiting and sitting down outside, our revenue has been restricted because we don’t have that many outside tables.”

Karen accepts that numbers will still remain limited, due to the likely ongoing need to keep people socially-distanced inside, but hopes that, even with that, it will give her and the rest of the Barista team the chance they need to rebuild.

“We’re not huge but we can fit enough people in to cover costs and make better money. And of course, the UK weather means there’s always the threat, at the moment, of being rained off.”

It’s not just gut feel that is fuelling Karen’s confidence in the future. She’s worked hard, over the past few months, to build a solid community base around Barista – establishing it as a hub not only of exquisite and unique food and drinks, but also entertainment and locally-sourced produce.

“Matt has had success with other venues, including a wine bar called Cucina, in Barnsley, so he knows what he’s doing and he also has a successful building company. But I didn’t want us to be seen as the ‘big boys’, coming in to take over or ruin things for the small businesses that were already here. Instead, we wanted to be very much part of things, and, if anything, support the local economy in getting back on its feet.

“So, while Matt was dealing with a pretty extensive refurb of the Barista building, I set about creating something that would contribute to the vibrancy of the area and engage local people. Even before we opened, I started a campaign on social media to get people involved and find local producers and suppliers.

“This meant that, by the time we actually opened, we had quite a lot going on, like book clubs and performance sessions with local singers.

“I’m really good friends with Sheffield-based author Michelle Rawlins, who’s now on her third book about the area, I managed to get her involved in running workshops. In fact, we just can’t believe the appetite for books and our book club has become so popular, we’ve now attached it to our Facebook page as a group and it kind of runs itself!

“We’ve also got involved with local schools, getting the kids baking for us.

“We’ve worked really hard to get involved and that makes us different from really anything else around.”

Proud to be ‘part of the club’

Karen got to know Elliott’s through our support for one of her former employers, and so it was natural for her to call on our services to help with the set-up and supplies for Barista, too. We’ve been involved right from the beginning, advising on everything from kitchen and serving area layout to cutlery and crockery, and the hygiene routines, equipment, as well as the takeaway options and supplies that are especially vital at the present time.

And Karen is delighted with what we’ve been able to offer her so far. “Elliott’s have been just brilliant for everything,” she said.

“If there’s ever a problem I need to solve, to develop our business or keep things moving, I just speak to Elliott’s Director Janette and her friendly and proactive team, and they sort it for us. Even if it’s out of the ordinary and not something they’ve done before, I know I can rely on them to research it and find a way,” said Karen.

And it’s mutual support and cooperation with businesses like Elliott’s and others, which Karen believes are the real key to success, and to finding a way through these challenging times.

“We’ve developed a really supportive network of people and companies that are helping each other, and Elliott’s are very much part of that,” she explained.

Of course, the quality of their food and drink is a major factor in Barista’s success, too, not least their artisan cakes and thoughtfully-sourced ingredients.

“The coffee we serve is made from our own blend of beans,” added Karen, “which customers can buy to take away as well as drinking at our café.

“We formulated our blend with the help of a local company Seasons Coffee, who helped us to decide on our blend and also roast it to our specifications.

“We bake most of our own cakes and make our burgers with meat from the local butcher’s, while all our bread comes from the nearby Homebridge Bakery. We use the local fruit and veg guy and we’ve just also started working with the nearby Nailmaker Brewing Company to offer a selection of craft beers.

“I think this is another thing that works for us. With money now that bit tighter for many people, and cooking quite a hobby these days, when they go out for a meal, they want something different that they couldn’t necessarily make themselves.

“And they also want an experience – from the food producers we source things from to the musicians who play here. I think if you can give customers that feelgood factor, you’re winning.

“We’re kind of selling an ideology, because people are increasingly aware of the impact major corporations are having on smaller businesses, and that’s going to become more and more relevant to the choices they make in the future.

“They want to feel they are doing their bit to help those that have had it tough, recently, to  survive. That way, they go away with the sense that they’ve bought so much more than just a beer or a plate of food. We’re different and people buy into what we’re trying to offer.”

And Karen hopes Barista’s success will serve as inspiration to others, by showing it is possible for hospitality businesses to come out on top after what has been a historically- challenging period.

“It comes down to an attitude of mind,” continues Karen, “it’s about saying ‘actually, this is an opportunity and we’re going to make the most of that by doing something special’.”

Prepared to take the hard route

Of course, seizing the opportunities that present themselves isn’t necessarily easy.

“It would have been really easy to just shut our doors and wait until we could open properly, hopefully on 17 May,” added Karen.

“But we made a conscious decision that we wanted to keep going and provide something to the community, and so build on our brand. And we really believe that all the hard work we did during lockdown, by building relationships and providing a service, will prove a massive advantage going forward.

“It has given us an opportunity to take a step back and look at ourselves, constantly work on the quality of what we’re offering and make things better where we needed to, testing things out on customers and asking for their feedback at the same time.

“We’ve been able to experiment while things were a bit quieter, and you can see the result of that work in our reviews on social media, where the positivity has just gone through the roof.”

Of course, another vital ingredient, for this special team, is their unwillingness to rest on their laurels.

“My only fear, if I’m honest, is that we meet customers’ high expectations when we do re-open our doors again,” said Karen.

“We need to make sure the service we offer them is absolutely right.”

After all the hard work of getting the café ready to open last August, of course, the New Year saw England plunged into a fresh lockdown by the Government and the team faced pivoting the business to takeaway in order to maintain its growing customer base.

“We put our entire menu online through Shopify and launched our website, literally overnight,” recounted Karen. “It was a flick-of-the-switch decision to get on with something we had to do and we moved a lot more quickly than we would normally have done. Elliott’s, again, helped us to adapt really fast, by sourcing us the takeaway packaging we needed.

“I’m so glad we did, though, and I’m just disappointed that the demand for takeaway food will disappear now we’ve got past 17 May, or maybe it won’t and we’ll continue offering that alongside our sit-down offering, as a positive new strand to the business.”

Clearly not one to stand still, this company isn’t planning to stop there, either, with another, significant new venue now also in the planning, again supported by us at Elliott’s.

“We’ve just signed a deal for a new 600-cover outlet as part of the ongoing regeneration effort in Barnsley. It will be an elevated version of Cucina, and then we’ve just also signed on another business which is a food and wine bar, also in Barnsley. Both of those venues are on course to open in July.”

Both venues will follow the locally-sourced, relationship-based approach which is working so well for Barista.

“It’s great working for someone like Matt who just makes things happen and shares my own passion for doing things right, to the highest possible standard. It means there’s always an exciting new project on the horizon too!” said Karen.

You can read more about our work with the Barista team in our case study.

If you’re inspired by what you’ve read in this blog, and would like to know how Elliott’s can help you with your business venture, get in touch via enquiries@elliotthygiene.com or call us on 01482 327580. 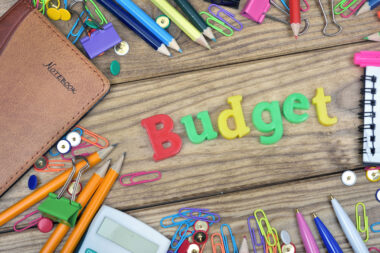 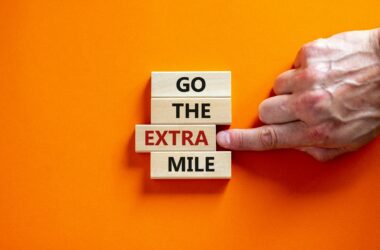 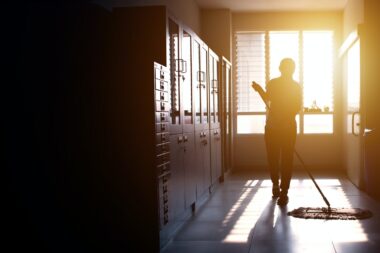 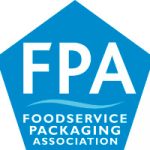 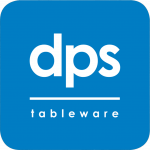 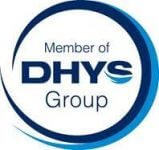 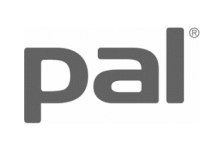 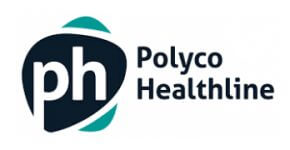